No on Measure GS in Santa Monica

MEASURE GS is ballot initiative that will raise taxes on both Commercial AND
residential real estate sales valued at 8 million dollars and above. Why do the
organizations and authors of Measure GS send postcards and flyers stating “Only
wealthy real estate investors will pay this tax.” When you have to
intentionally mislead people in order to get them to vote for your ballot
initiative, what does that say about the merits of your policy? If passed,
Santa Monica would have highest Real Estate Transfer Tax of EVERY CITY IN CALIFORNIA
on real estate sales between 8 million – 25 million dollars.

As a justification for this 833% tax increase, MEASURE GS states: “having enjoyed
the benefits of the City services and programs and having achieved such high
property values due to ongoing quality of the community and taxpayer funded
services in Santa Monica, including public educational programs, those who sell
or transfer Santa Monica properties valued at 8 million dollars or more should
leave a small portion of the proceeds with the city to help fund expansion of
it's homelessness prevention, affordable housing and public education programs.”

Second is an $8,000,000 home valued as such thanks to City services? Public schools?
Or is it the fact that Santa Monica sits next to one of the nicest stretches of
the Pacific Ocean along the entire west coast. It’s typically 20 degrees cooler
here than in the rest of Los Angeles, people come from all over the country,
from all over the world, to vacation here.

2 years ago, proposition SM doubled the Real Estate Transfer taxes on homes
valued at 5 million dollars from 3,00 per 1000 of home valuation to $6 per
$1000 in home valuation, also in the name of funding programs for similar
issues. Have you noticed an improvement with regards to homelessness, crime,
management of affordable housing?

An 833% tax increase disproportionally penalizes a handful of homeowners and
commercial real estate businesses that are already heavily taxed in Santa
Monica. Using the hot button issue of homelessness and misleading voters about
whom this tax will affect, seems particularly cynical & calculated. 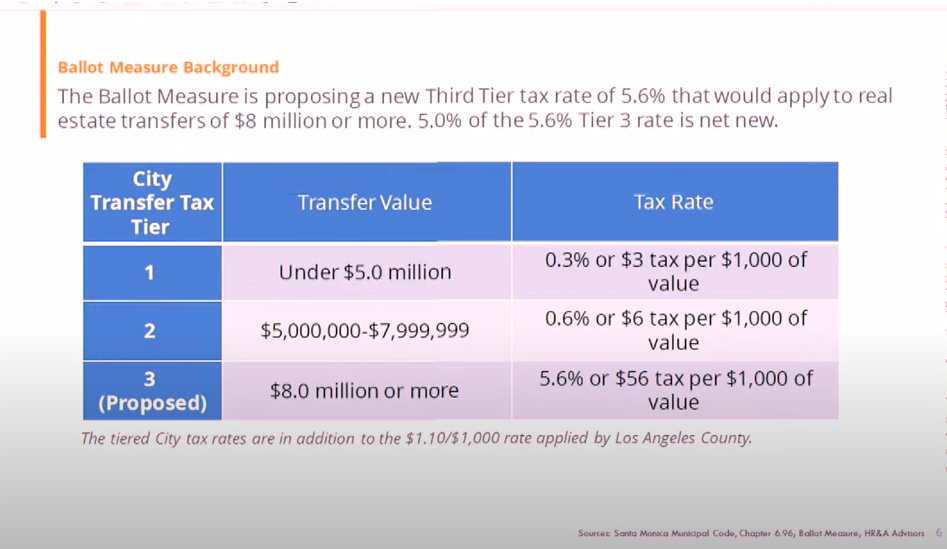 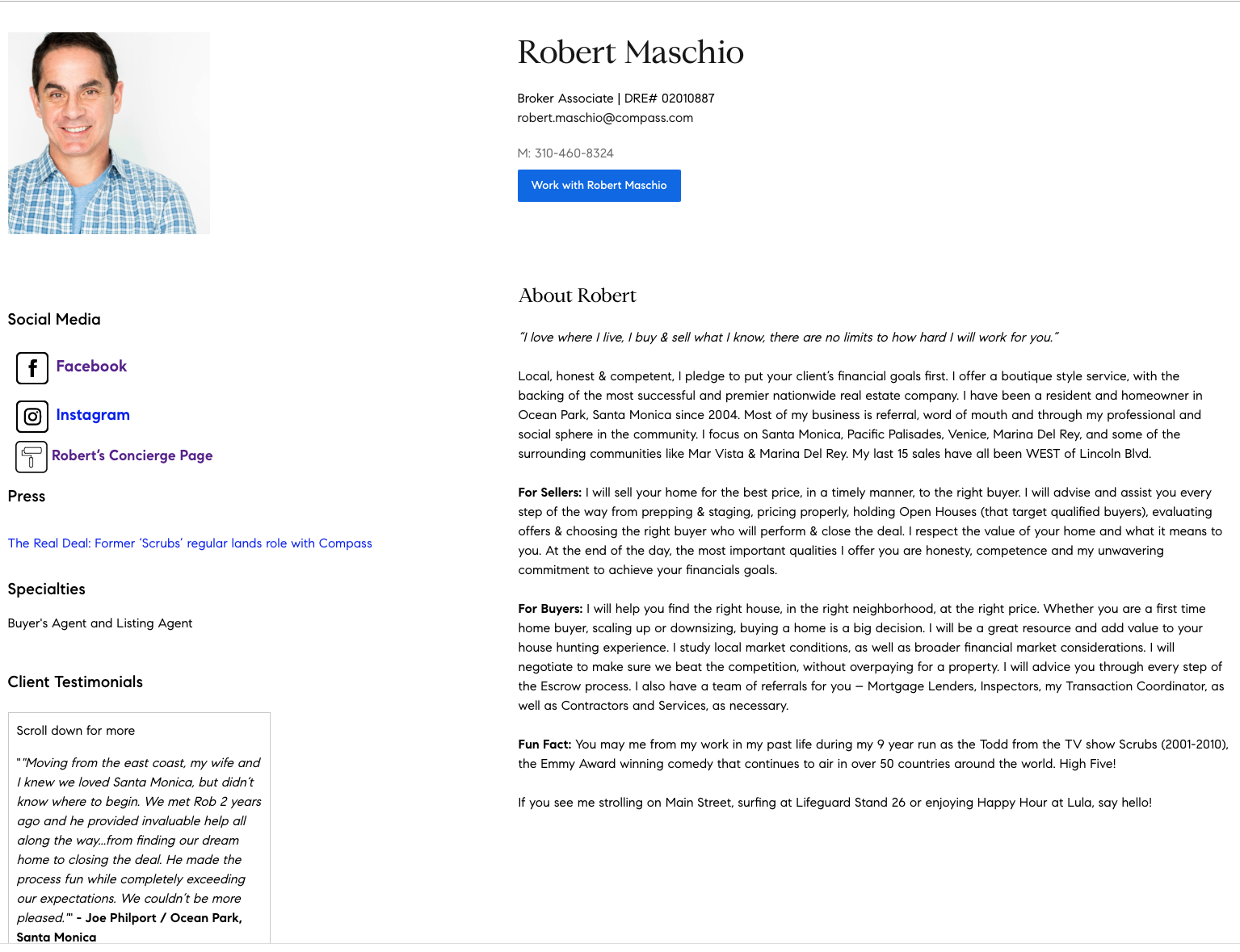 Print Details
Previous post
Construction begins October 10th, scheduled for 8 months. The goal is safety for those walking over the bridge, it remains to be seen how much it slows access to the 10 Freeway at 4th St, getting on and off those already crowded ramps.

For ADA assistance, please email compliance@placester.com. If you experience difficulty in accessing any part of this website, email us, and we will work with you to provide the information.

Sign Up
Already a User? Sign In
You have been successfully registered
Please check your email.
Go to the homepage
Sorry something went wrong
Please try again.
Try again